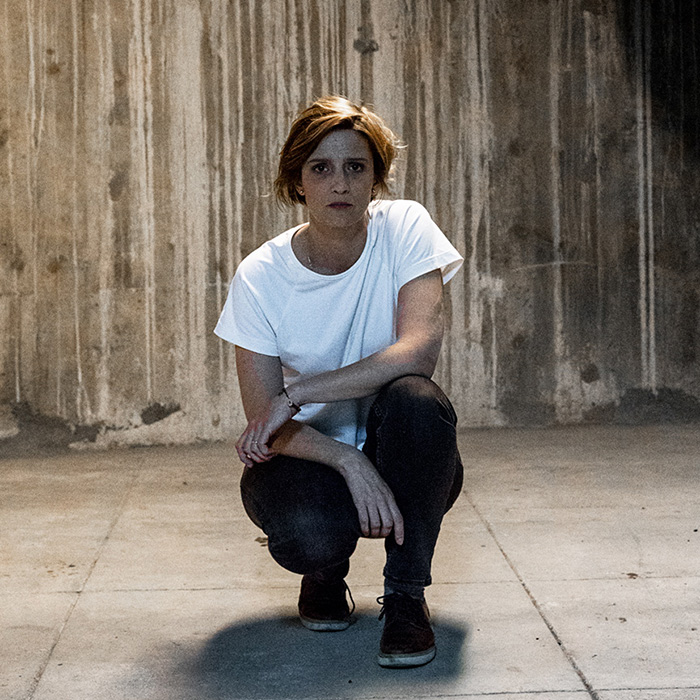 Together with Marco Martins, Beatriz Batarda has been directing the Arena Ensemble since its foundation in 2007. Born in London in 1974, she enjoys an unparalleled and renowned path in the performing arts as both actor and director. Following an early cinema debut in 1986 in the film Tempos Difíceis (Hard Times) by João Botelho, she studied Graphic Design at IADE – Creative University, in Lisbon, while pursuing her artistic activity on stage and film. In 1996, Beatriz went to London to continue her theatre training at the Guildhall School of Music and Drama, where she was awarded a Gold Medal for academic achievement. In the UK, she participated in television series (as The Forsyte Saga or Waking the Dead), feature films (such as It’s All Gone Pete Tong or Night Train to Lisbon) and plays (as Aristocrats or Love’s Labour’s Lost).

Beatriz received ten awards and nine nominations for best actress, both national and international, on film and on stage, for her performances in the films Yvone Kane, Costa dos Murmúrios (The Murmuring Coast), Noite Escura (In the Darkness of the Night), Alice, Quaresma (Lent), and in the plays As Criadas (The Maids), Ifigénia (Iphigenia) and Berenice.

Beatriz Batarda lives in Lisbon since 2004. She has been regularly directing for the stage since 2007. Curious about the mechanics of performance and the multidisciplinarity of storytelling, her plays are characterised by the recurring notions of isolation, establishing an identity, memory, and adaptation imposed by circumstance. Her interpretation of classical texts attests to their relevance and meaning within the present context, demanding agility from the actors to continually shift between different tones.

Most notable among her plays featuring live original music are Suites Mitológicas (Mythological Suites), based on Homer’s Odyssey, with music by Noiserv and Tiago Cabrita; Bizarra Salada (A Bizarre Salad), a collage of texts by Karl Valentin, with the Metropolitan Orchestra; and A Menina do Mar (The Sea Girl), a tale by Sophia de Mello Breyner Andresen, with music and interpretation by Bernardo Sassetti.

Most notable among her plays for the Arena Ensemble are Todo O Mundo É Um Palco (All the World’s a Stage) (co-directed with Marco Martins), a multilingual show gathering 20 performers, both professional and non-professional, of 11 nationalities; A Conquista do Pólo Sul (The Conquest of the South Pole), a magical realism play based on Roald Amundsen’s adventure; Azul Longe nas Colinas (Blue Remembered Hills), a story about child cruelty; and Olá e Adeusinho (Hello and Goodbye), a play about restoring memory in a devastated country.

In addition, she teaches Art of Performance in several schools.